I planned this storytime for my colleagues to do while I was on maternity leave, so I don’t know how it went, but I hope that it was fun for the kids. National kids take over the kitchen day was September 13, 2022, and that is why I planned a cooking themed storytime for that week.

I also left an option for Dragons Love Tacos by Adam Rubin if there was time at the end.

(repeat with other foods)

Do as I’m doing

(Start with clapping, repeat with marching motions, then go back to clapping to end song.)

I made some fruit and vegetables out of felt and wrote some rhymes so the kids could guess which fruit or vegetable I was talking about. After this, we sang the vegetable soup song using what I had on the flannel board.

I’m red and round,

I also have seeds.

Sliced up in salads is where you’ll see me!

I can be red, white or green.

I can make you cry when you cut into me!

But I have skin and eyes.

I can be roasted or mashed or made into fries!

Rabbits like to eat me when I grow in a field.

I taste best when I’m peeled!

I grow on a stalk.

You can eat me on the cob or cook me in a pot!

Cook in Spanish is cocinar and the sign can be found here.

Fruit in Spanish is fruta and the sign can be found here.

Vegetable in Spanish is verdura and the sign can be found here.

I saw a vegetable basket made out of a paper plate and normal printer paper on Pinterest somewhere and thought it would be the perfect craft to go with cooking week.

I put out my craft trays with the precut paper plate, a sheet of printed fall veggies, colored pencils, scissors, and glue and let them be creative. I love watching them do crafts because some kids want the vegetables to look real and some kids made rainbow pumpkins.

Cutting the plates was a little tricky, but I probably only spent an hour or two prepping this craft in total. The parents and kids loved it, so it was worth it. 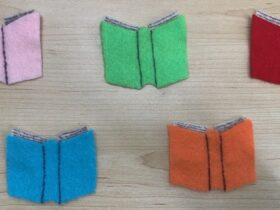 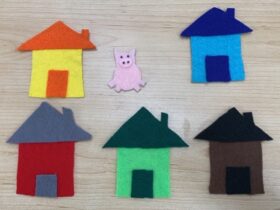 Get the latest news, update and special offers delivered directly in your inbox. Stay up to date on my latest posts.

Please input your email address. That email is already subscribed. Your address has been added.